Hidden Gems of the eLibrary

We've been exploring our eAudiobook collections and found some hidden gems we think you might like - follow the links for a short preview of each title.

First up, we have four titles from Christopher Brookmyre . . .

Where The Bodies Are Buried - In Glasgow, aspiring actress Jasmine Sharp is reluctantly - and incompetently - earning a crust working for her Uncle Jim's private investigation business. When Jim goes missing, Jasmine has to take on the investigator mantle for real. Soon she stumbles into a web of corruption and decades-hidden secrets that could tear apart an entire police force - if she can stay alive long enough to tell the tale.

When The Devil Drives is the much anticipated follow up to the bestselling Where the Bodies Are Buried.

Private investigator Jasmine Shar has been hired to find Tessa Garrion, a young woman who has vanished without trace. What begins as a simple search awakens a malevolence that has lain dormant for three decades. As Jasmine uncovers a hidden history of sex, drugs, ritualism and murder, which links Glasgow's high society to the lowest depths of the underworld, she realises she may need a little help from the dark side herself if she's going to get to the truth.

Would it be your ultimate fantasy to enter the world of a video game? A realm where you can look like a hero or a goddess, fly space-ships, slay dragons, yet all of it feels completely real. A realm where there are no consequences and no responsibilities. Or would it be your worst nightmare? Stuck in an endless state of war and chaos where the pain and fear feels real and from which not even death can offer an escape…
This is where you find out. This is Bedlam.

When her father’s killer, Glen Fallan, is arrested for another murder, PI Jasmine Sharp enters an underworld where violence is a way of life and vengeance spans generations.

DS Catherine McLeod has one major Glaswegian gangster in the mortuary and another in the cells for killing him - which ought to be cause for celebration. But this case is far more dangerous than it appears on the surface, deeper than skin, darker than blood… Flesh Wounds

Next up, we have three titles from the wonderful Jackie Kay . . .

In Trumpet, the death of legendary jazz trumpeter Joss Moody exposes an extraordinary secret. Unbeknown to all but his wife Millie, Joss was a woman living as a man. The discovery is most devastating for their adopted son, Colman, whose bewildered fury brings the press to the doorstep and sends his grieving mother to the sanctuary of a remote Scottish village.

Wish I Was Here. This fierce, funny and compassionate collection explores every facet of that most overwhelming and complicated of human emotions: love. With winning directness, Jackie Kay captures her characters’ greatest joy and greatest vulnerability, exposing the moments of tenderness, of shock, of bravery and of stupidity that accompany the search for love, the discovery of love and, most of all, love’s loss.

Red Dust Road. From the moment when, as a little girl, she realizes that her skin is a different colour from that of her beloved mum and dad, to the tracing and finding of her birth parents, her Highland mother and Nigerian father, Jackie Kay’s journey in Red Dust Road is one of unexpected twists, turns and deep emotions. In a book remarkable for its warmth and candour, she discovers that inheritance is about much more than genes: that we are shaped by songs as much as by cells, and that what triumphs, ultimately, is love.

Rachel Cusk's The Bradshaw Variations was published to great acclaim back in 2009 . . .

Since leaving his job to look after Alexa, his eight-year-old daughter, Thomas Bradshaw has found the structure of his daily piano practice and the study of musical form brings a nourishment to these difficult middle years. His pursuit of a more artistic way of life shocks and irritates his parents and his in-laws. Why has he swapped roles with Tonie Swann, his intense, intellectual wife who has accepted a demanding full-time University job? How can this be good for Alexa and for the family as a whole?

Meanwhile Tonie tunes herself out of domestic life, into the harder, headier world of work where long-since forgotten memories of herself are awakened. She soon finds herself outside their tight family circle and alive to previously unimaginable possibilities

Alice Munro is one of our finest short story writers and Dear Life, from 2012, is a spectacular collection of stories.

Munro captures the essence of life in her brilliant collection of stories; moments of change, chance encounters, the twist of fate that leads a person to a new way of thinking or being: the stories in Dear Life build to form a radiant, indelible portrait of just how dangerous and strange ordinary life can be.

Dust. The body of a woman has been discovered inside the gates of MIT, draped in an unusual cloth. An examination reveals that the body is covered in a fine dust that under ultra-violet light fluoresces blood-red, emerald-green and sapphire-blue. As Kay Scarpetta pieces together the evidence, she draws herself and her team deeper into the dark world of designer drugs, drone technology and shocking corruption at the highest level.

Flesh and Blood. The master forensic sleuth finds herself in the middle of a nightmarish pursuit of a serial sniper who seems to leave no evidence except fragments of copper. The shots are so perfect, they cause instant death and seem impossible. First New Jersey, then Massachusetts, and then into the murky depths off the coast of South Florida. There she must face an unthinkable truth that points in the direction of her techno genius niece, Lucy, Scarpetta’s own flesh and blood.

Posted by East Lothian Libraries at 05:24 No comments:

Fringe by the Sea events at North Berwick Library 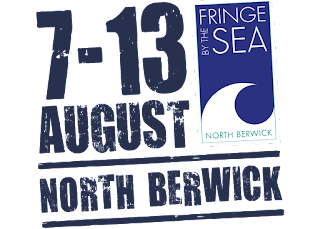 Malachy Tallack, author of Sixty Degrees North, will be discussing his most recent book, The Un-Discovered Islands. Malachy will take us on a journey of discovery and un-discovery, through some of the world's mythical lost continents and islands once believed to be real. From the well-known story of Atlantis through the ages and across the seas to islands whose status is still in doubt today, this will be a true exploration of myths and mysteries, phantoms and fakes. 7.30-9pm in the Library, £5.00 (includes a glass of wine).

It's boogers, books and big bottom burps as award-winning author Stuart Reid brings the wacky characters in his Gorgeous George series to life. Stuart has performed at over 1,200 schools, libraries and book festivals throughout the UK and internationally, winning plaudits and accolades from teachers and librarians for his enthusiastic, inspirational style. It will be yucky. There may be snot. You have been warned! 11.30am-12.30pm in the Library, free entry.

Dilys Rose is a novelist, short story writer, poet and librettist who has received various awards and fellowships for her work. Her twelfth book, Unspeakable, is a novel based on the life and times of Thomas Aikenhead, a 20 year-old student who was the last person in Britain to be tried and executed for blasphemy. It was selected as Waterstones' Scottish Book of the Month. 7.30-9pm in the Library, £5.00 (includes a glass of wine).

For tickets and details of these and other events visit the Fringe by the Sea website. 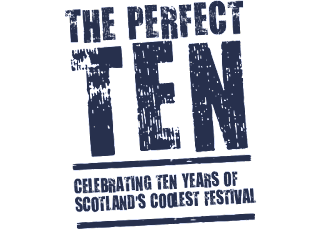 Posted by East Lothian Libraries at 07:39 No comments:

Penumbra, Changes and Stepping Out, with funding from East Lothian Health and Care Partnership, has just launched the new 1st Response service for people who feel they are reaching crisis point.

Are you dealing with long-term, mounting stress? Are you feeling unable to cope?
People can feel at crisis point for many reasons, including:
Whatever the issue, 1st Response can support you to resolve your crisis.

How can we help?


1st Response provides face-to-face support throughout East Lothian. Our team will listen to you and help you resolve your crisis. We will provide you with sensitive and non-judgmental support based on your needs, and help you to access other services. We will support you to plan and manage your next steps. We will provide you with information about other organisations which could help (such as health services, social work, benefits advice and other support), and we will help you to develop skills to manage your mental health.


1st Response is run by specially trained Practitioners and Peer Workers – people who use their own experience of mental health difficulties to help others achieve recovery.

Who can use the service?


1st Response is open to anyone aged 18 years old and over who lives in East Lothian and is experiencing distress and reduced mental wellbeing.


We run drop-in sessions each week. You can access any of these and no appointment is required.

Help in an emergency

If you feel that you need to talk to someone straight away, phone:

Posted by East Lothian Libraries at 01:11 No comments:

We're going on a Bug Hunt!

We’re going on a Bug Hunt on Wednesday 19th July at 2.30pm, meeting at Longniddry library. You can't go under it, you can't go over it, but we are going through the woods to find some bugs with one of the Countryside Rangers.  We have a limited number of spaces for this great free family event, please phone Longniddry Library 01875 818160 to book.

Posted by East Lothian Libraries at 04:49 No comments: