All our libraries will be closed on Thursday 1st November, for our Annual meeting. Apologies for any inconvenience.
Posted by East Lothian Libraries at 04:11 No comments:

It’s amazing what goes on in the Star Room in The John Gray Centre, Haddington,  these days.


Last month it was transformed into someone’s front room , complete with fireplace, furniture, even ducks on the wall! This was the first of a series of live music concerts in association with Lamphouse music. Don’t worry if you missed out last time as the next concert featuring Paul Gilbody, Fallen Stone and support is on tonight (Friday 26th October). Tics, £8.00, are available from the library and on the door. Bar from 7.00pm, First band at 7.30pm.
After the last concert, the Star room was then transformed by 3 members of the Scottish Youth Theatre to a wondrous landscape peopled by Kings, Princesses and a wise woman. It’s amazing how just a few props, costumes and tons of imagination brought to life “Rashiecoats,” a Scottish re-telling of Cinderella. The audience of 40 or so under 7s were completely engrossed.
The following week the Star room became a bustling cafe. The tables were laden with wonderful home baking and a never ending supply of tea and coffee. Seeing the crowd it was hard to contemplate how we managed to host our annual Macmillan coffee morning in the old library in Newton Port! Having a fully equipped kitchen within the Star room did make life so much easier. Many thanks to Alison and Nicola who did all the work, not to mention the baking. All their hard work was well rewarded as they managed to raise an amazing £615.13!
Next up was the launch of Gerry Urwin’s history of the Haddington and District Probus Club which was very well attended by its own members. Quite a different atmosphere from the previous book launch of “First blast of the Trumpet,” the debut novel by local author Marie Macpherson, based around the life of a young John Knox. Period music by ‘Shatter’d Consort and an appearance by Cardinal Beaton demanding that Marie be burnt in flames as a heretic, contributed to a lively and amusing evening . There’s a sophisticated music system and smart board in the Star room, which came in handy for the screening of a short documentary showing many of the local historic sites featured in the novel.
The Star room has now become established as an extremely well used community resource. With groups as diverse as the National Childbirth Trust, the Young Archaeologists’ Club, local business associations, a prayer meeting group, local drama and dance groups, lunchtime book group, and portfolio art group using the venue, it is necessary to book the room in advance. There is a scale of charges with a varying hourly rate, depending on the status of the organisation – charitable, non-profit making or commercial. Ask in the library for details.

Posted by East Lothian Libraries at 03:59 No comments: 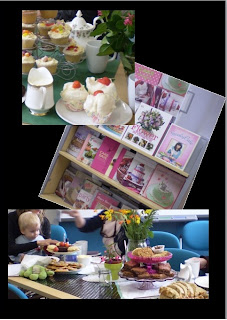 Come along to our Macmillan coffee morning in the John Gray Centre, Haddington for the most amazing, delicious, scrumptious, fabulous home baking - on right now (friday) until noon. Don't delay.
Posted by East Lothian Libraries at 02:28 No comments:

On Saturday 6th October from 1-4pm the new Bleachingfield Centre, Dunbar, is throwing open its doors for a community open day.


This will be an opportunity to:-

• Have a look around the new building – library, under 12s centre, learning zone, customer service centre and other facilities available for the community

• Visit the marketplace – buy, try and find out more

• See what’s going on already with displays of dance, gymnastics and taekwondo

• Try out tasty treats from the new cafe 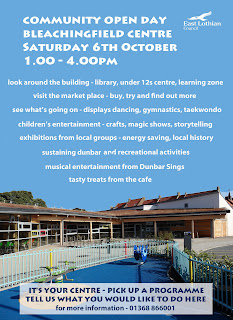 Please help spread the word and come along for an afternoon of free entertainment for the whole family.

Posted by East Lothian Libraries at 05:12 No comments: 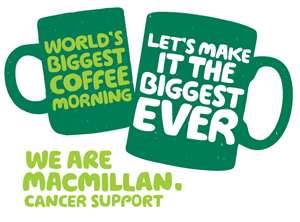 Please come along to our Macmillan coffee morning on Friday 5th October in the Star Room, John Gray Centre, Haddington. Lots of delicious home baking, although we'd be delighted to accept any donations if you are able to drop by! Anytime between 9.30am and noon. Hopefully see you there!
Posted by East Lothian Libraries at 05:03 No comments: