North Berwick library on the move!

After 14 months the refurbishment is complete and North Berwick library is going back to School Road, opening on Wednesday 3rd July at 10.00am. The extended premises are bright and spacious offering more display and casual seating areas, a dedicated children’s section, exhibition space, three interview rooms, which will be used by Council departments to meet with local residents on a whole range of topics and The Vallis Room, which may be booked by local groups and organisations during library opening hours.


As well as the public access computers there is free Wi-Fi throughout the building as well as photocopying and printing facilities for a small charge. There is a brand new DVD collection with all the latest releases available for hire at £1.00 per week.


During the summer there will be plenty to keep the children entertained with the Tesco Bank Summer Reading Challenge, Bookbug sessions for under 4 year olds, story times, book group and a drop in craft session every Friday afternoon.
We are delighted that Mary Contini, hugely popular author and a director of the famous Italian delicatessen, Valvona & Crolla in Edinburgh, will be joining us to celebrate our opening at 7.00pm on 3rd July. Free event, no tickets required.


A big thank you to Adrian Girling and his staff who shared their SPACE with us in Tantallon Road. We may not have converted many of our customers to skateboarding, but hopefully loads of the boarders who have been borrowing books and dvds as well as using our computers will come and visit us in School Road. We close tonight (Tuesday 18th June) at 7.00pm.
Customer Service staff are re-locating from the Area Office at the Beehive and a wide range of services will now be offered from the School Road building.


The building is fully accessible with a lift providing alternative access to the Coastal Communities Museum upstairs, which will be operated by the Coastal Communities Museum Trust in partnership with East Lothian Council. The CCMT have been working hard over recent months raising funds to fit out their museum, recruiting and training volunteers as well as researching and writing  their inaugural exhibition: ‘Open for the Open’. The exhibition will be a celebration of East Lothian’s historic golf coast, covering the history of the game, its rise in popularity here and the return of the Open Championship to Muirfield this year. The exhibition will display some of the fascinating artefacts owned by local golf clubs and items from the ELC Museum collection. For more information please contact hello@coastalmuseum.org.

Posted by East Lothian Libraries at 06:15 No comments:

We have a confession... 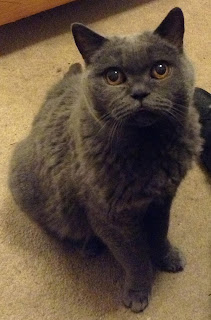 Homer is just desperate for some attention.

The dishes haven't been done in days. 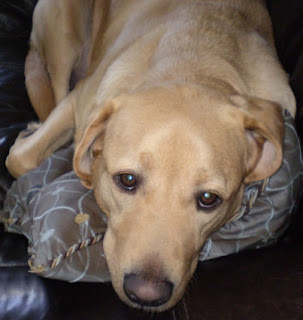 The dogs haven't been on a nice long walk in weeks. 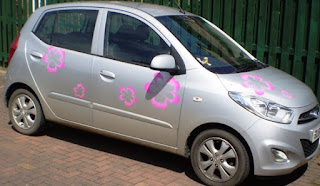 Daisy hasn't been for a nice long drive in ages (and to be honest, she could do with a wash!)

So why are the pets, families, houses, lives of library service staff being so neglected?  Well, there are just too many good books to be read and DVDs to be watched!  These are some of our favourites so far this year:
The Perfume Collector by Kathleen Tessaro
Escaping a troubled marriage in 1950’s London, Grace Munroe travels to Paris to learn more about her inheritance from the mysterious Eva D’Orsey. The story weaves between the two women from 1920’s New York to present day London and Paris. I loved the characters, the mystery of the story and the wonderfully evocative settings. It’s one of those books you’re disappointed to finish reading!
Caroline from Musselburgh

Django Unchained
I must admit when my husband told me he had a great DVD for us to watch at the weekend which he had borrowed from the library I was really looking forward to Saturday Night at the Movies until he told me it was Django. I had seen a small clip of it on TV and didn’t really think it was my type of film but it has to be one of the best films I have seen in a long time. A cross between the humour of Blazing Saddles and the blood and guts of Kill Bill with a bit of Roots in the middle. Basically it is about a negro slave called Django - bought and set free by a German bounty hunter by the name of Dr Schulz to help him identify three brothers so he can kill them and collect the bounty. They form a partnership and after collecting bounty after bounty they look for Django’s wife who was also a slave to set her free. Lots of bad people getting their just deserts! Great acting from Samuel L Jackson and Leonardo Di Caprio.
Avril from Gullane

The Kitchen House by Kathleen Grisson
The pretty cover caught my eye and Alice Walker compares it to ‘The Help’ so that had me hooked. An incredible story, fantastic characters and a wonderful insightful read. Borrow this book!
Roz and Fiona from Longniddry

The girl you left behind by Jojo Moyes
is the best book I've read so far in 2013 because it takes you on a journey through time as well as through people’s lives. Sophie lives in a French village during the 1st world war. Her husband painted a portrait of her which a German soldier admires and eventually acquires. This book tells the story of the painting and the people connected to it from wartime until the present day.
Rachel from Library Headquarters


Now reading Dan Brown – Inferno. A Florentine Di Vinci Code but a popular read for the holidays. I am nearly getting bored with it apart from the fabulous information about Florence. Everyone will want to visit now!
Claire from Haddington

The Misremembered Man by Christina McKenna

WOW! I loved this book so much. It’s a fantastic story and the author describes emotions perfectly. I’ve just discovered that the sequel is coming out in August and I can’t wait.
I’m particularly glad that I read this book now because I’d just finished reading The Lost Child of Philomena Lee by Martin Sixsmith without realising that The Misremembered Man covers the same subject matter.
Fiona from Longniddry

What are you neglecting and what's the book you're neglecting it for?
Posted by East Lothian Libraries at 05:27 No comments:


Posted by East Lothian Libraries at 08:05 No comments: